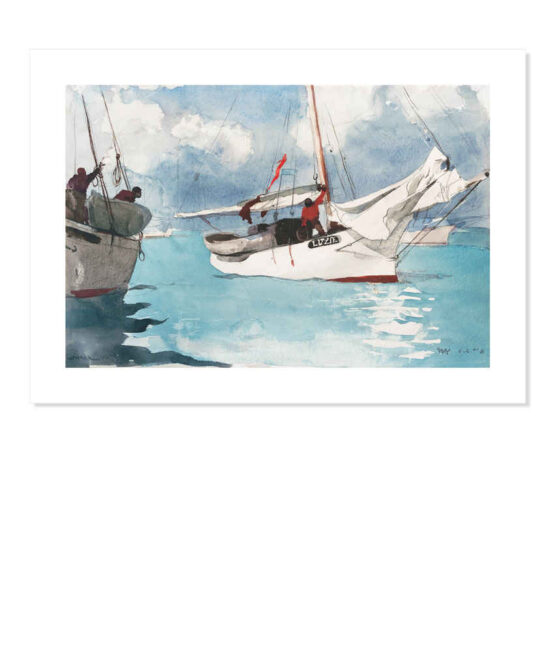 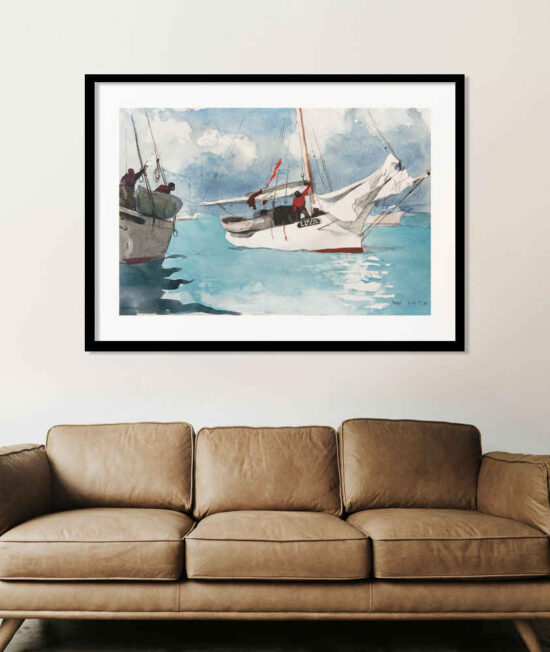 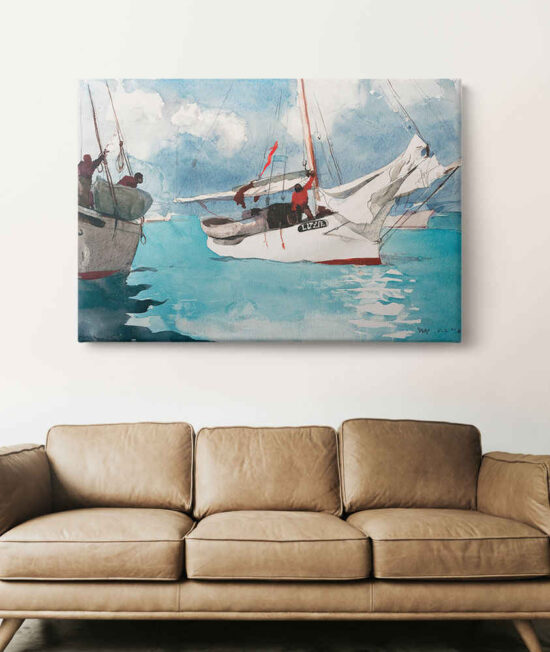 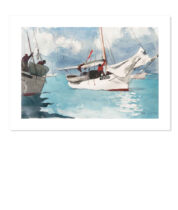 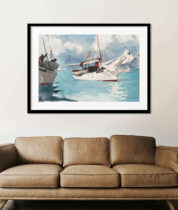 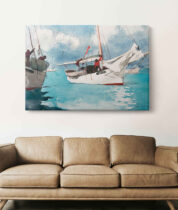 The Fishing boats, Key West is an art print of an original painting, watercolor and graphite on white wove paper, by the painter Winslow Homer,1903.

Winslow Homer is one of the best known painters of American scenes of outdoor life. Homer began his career as an illustrator. He traveled to Europe and then spent the summer of 1873 in Gloucester, Massachusetts, where he began to work in watercolor—what would eventually became his primary medium. Homer’s outdoor genre scenes painted a varied picture of Americana, from scenes of wilderness guides, to rural African American life in the post-Civil War era, to children at play. In 1881, he spent almost two years on the English coast depicting simple scenes of the local communities.

As his career evolved, Homer turned more and more to the sea, and a move to a secluded spot in coastal Maine prompted the eternal struggle between man and nature to become a prominent theme in his work.

Premium paper artworks are being printed featuring a white border, thus creating a relief between the painting and the frame, which emphasizes the artwork itself. This choice if it is combined with frame then it will include high definition acrylic glass and Foamboard for back.

Premium printing artworks on quality canvas is not featured with the white border.

Both choices are delivered to you ready to be hanged on the wall.

Get this beautiful art print as a stand alone item or in a gallery wall to create a unique wall decoration.

Our art prints are being framed in standard wooden gallery frames in four colors: black, white, silver and gold.

If you like to have more options visit our custom frame designer and choose amongst hundreds of frames.

You may also need